Connect with me on:

This is a 3-part recipe for making Android Kiosk devices with Intune.

But first Coffee. Now let me explain what a “Kiosk” device is. Well suppose you own a coffee shop, and your point of sales (POS) machine is an iPad or an Android Tablet that only runs the POS application so your staff can input orders for barista, tally up bills (checks for the folk in the US) and print out receipts. Try as they might to play Candy Crush, they can’t. The device is locked down to only run that single POS app. 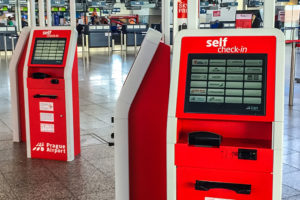 Another example of a kiosk device. If you’ve been to the airport to catch a flight, you might have seen the self service check-in stands? These computers are often no more than a tablet bolted into the stand providing you access to the application which will check you in, maybe scan your passport and print a boarding pass. Again, locked down to a single function, or in some cases multi-functions. 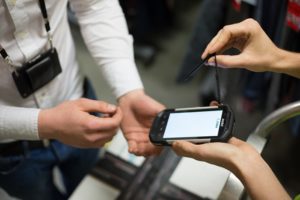 One final example is that courier company that delivers your Organic vegetables to your door – the guys arrives with an Android phone and a stylus. He presents it to you after scanning a barcode with the camera and asks you to “sign” for your delivery. The device also has a GPS sensor and has been tracking the route the driver took to deliver your parcel. All this information is then sent back to the head office or distribution center for analysis. This is another example of a Kiosk device.

Now there are companies out there that specialise in creating these kiosk devices for your company if you are the Coffee shop owner, the Airline company or the Organic Food company, but they require certain hardware and are very expensive.

Some of these ingredients have you asking questions, like what is a Managed Google Play account? Or what is a Dynamically populated Azure AD group? Well in the next part, I will explain how to create them and hopefully you will understand a little more.